As I watched Sony unveil the PlayStation 4 at a press conference on February 20th, I was struck by how much data the new device would be collecting from its users. 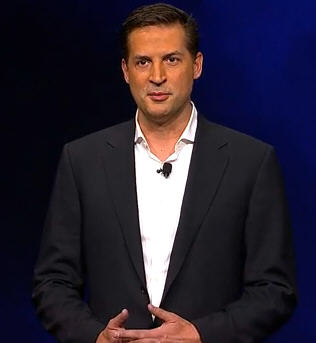 “We’re changing the rule when it comes to social gaming,” said David Perry, the CEO of Gaikai, a cloud-based gaming company that Sony acquired last year. “What we’re creating,” said Perry, “is the fastest, most powerful network for gaming in the world.  The PlayStation network will get to know you (emphasis added) by understanding your personal preferences and the preferences of your community and turns this knowledge into useful information that will help to enhance the future game play so like when your friends purchase a new game you’ll know immediately so you can join into the action.” Perry also announced that Sony is adding connectivity to Facebook to further enhance what they know about players and their friends.

Another Sony executive, lead system architect Mark Cerny,  pointed out that the company plans to preload games to your console based on what they know about your preferences: “If we know enough about you to predict your next purchase, then that game can be loaded and ready to go before you even click that button,” he said. As doddleNEWS blogger James DeRuvo commented, “That’s kinda cool, but also kinda creepy.”

Sony is also enhancing what it calls the “spectator” experience in enabling people to share their game playing so that others can watch. “Your friends can actually look over your shoulder virtually and interact with you while you’re playing; and if you allow them, your friends can also post comments to your screen; you can solicit support from them, or you can just trash-talk with them,” Perry added.  The new Playstation will also enable users to capture video (as well as still shots) from the game experience and share that with others on the network.

In a post on Livescience, Sean Captain points out the irony that two of the games featured at the PS4 debut actually focused on surveillance. He reminded me that Suckerpunch’s game inFAMOUS: Second Son was all about state surveillance and quoted game developer Nate Fox’s introduction of the game: “Right now, there are 4.2 million security cameras distributed all around Great Britain. That’s one camera for every 14 citizens.” Like Great Britain, wrote Captain, “the PS4 will also have a vast network of cameras — not one for every 14 citizens, but one for every console owner.”

The new Playstation will have a stereo camera that can track movements of the company’s controller. Another game, Ubisoft’s Watch Dogs “follows a vigilante character with access to all that information. As he walks through Chicago, message windows pop up, showing details about the people he passes,” wrote Captain.

It is important to remember that the user does have some control over what is captured and who it is shared with. It’s not yet clear to me how much information will be sent back to Sony’s network, but Sony has made it clear that users will have control over what they share.  But it wasn’t long ago that Sony’s Online Entertainment and PlayStation Networks were hacked, potentially compromising information from 93,000 accounts.

As I pointed out in a recent post, online privacy and security is a shared responsibility and that we’re vulnerable to what networks do by mistake or a result of a hack, what they deliberately do to monetize our data and how we sometimes jeopardize our own privacy and security by what we share.  Gaming is no exception. Whether it’s the PlayStation 4 or connected use of the Xbox, the Wii or mobile and online games, we need to be careful and parents need to educate their children about privacy, safety and security.  Strong passwords, knowing who you’re interacting with and being discreet about what you do and say are paramount in the world of interactive gaming.