I recently wrote about Snapchat, the popular photo sharing app that allows users to share photos that will self-destruct from between 1 and 10 seconds after they’re viewed.  As I said in that story, there are many reasons people use Android and Apple iOS app and that, despite worries about sexting, most kids are using the app in ways that parents would probably approve of.

But, it’s also important for kids and adults to realize that there’s no such thing content that absolutely disappears forever. Anything that can be digitized can be copied and stored and, as a forensics expert recently demonstrated, with the right tools, Snapchat photos, like PC files, can be undeleted. 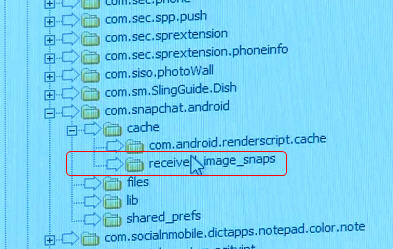 Richard Hickman, from Utah-based Decipher Forensics,  showed a KSL TV reporter how  how his firm can restore deleted  Snapchat photos from Android devices. He said he is working on a way to do the same with iOS phones and tablets. In a blog post, he described how he is able to transfer Snapchat data from an Android phone to a PC and recover deleted images.

Snapchat responded with its own blog post admitting “if you’ve ever tried to recover lost data after accidentally deleting a drive or maybe watched an episode of CSI, you might know that with the right forensic tools, it’s sometimes possible to retrieve data after it has been deleted.”

I’m sure you’ve heard this before but it doesn’t hurt to remind kids that, on the Internet, there there is no such thing as an eraser button.  Even if you think something is gone, you never know for sure.  The safest way to avoid problems is not to post or send anything that could get you into serious trouble if it were ever revealed.That’s not to say you shouldn’t do things that are a wacky or potentially even a bit embarrassing but you should avoid posting something that could get you into serious trouble or cause you severe mental distress were it later to surface.

When it matters: Calculating risks

It’s all a matter of calculating risks and benefits. Unless you’re sending your photos to mean or devious people, the odds of someone capturing the screen and sending around your pictures are probably quite low and — at least based on current technology — the process of undeleting is complicated and expensive and requires physical possession of the phone. It can’t be done remotely. The company that discovered it will charge parents and law enforcement between $300 and $500 per image recovered). What that means to me is that it’s OK to send wacky photos to your friends but not OK to send photos that could be illegal (such as sexually explicit or nude pictures of people under 18 — including self-portraits) or that could get you into serious trouble at school or with current or future friends or love interests.  For more on the risk issues, see “Why I’m Not Worried That It’s Possible to Undelete Snapchat Photos.”

The takeaway for parents is, once again, to talk with your kids about how they are using this and all other apps, but not to panic or prevent them from using the app. There are lots of fun and appropriate ways to use Snapchat and other photo-sharing apps and its “disappearing” feature, however imperfect, can add to its fun because kids know that in most cases the images won’t stick around forever. Does that equate no risk? Of course not, but it also doesn’t mean that there aren’t good — and appropriate– ways to use the app.

Share on facebookShare on twitterShare on emailShare on pinterest_shareMore Sharing Services8