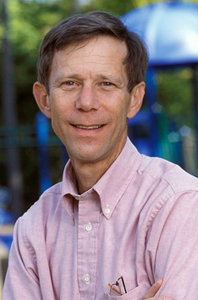 David Finkelhor, the director of the Crimes Against Children Research Center at the University of New Hampshire and a researcher for the National Incidence Studies of Missing, Abducted, Runaway, and Thrownaway Children, has written an incredibly useful article for the Washington Post, debunking 5 myths about missing children:

1. Most missing children have been abducted by strangers.

3. The Internet has made kidnapping easier.

5. The main goal should be to reunite children with their families.

Myth busting can save lives and avoid panic

Debunking myths is important because it helps make children safer. For example, panicking over stranger abduction — as horrific as that is — does nothing to help the vast majority of missing children who are missing for other reasons such as running away or being taken by a non-custodial parent. That’s not to say that we shouldn’t do all we can to prevent and find the one-hundredth of 1 percent of missing children who are “taken by strangers or slight acquaintances,” but we must also focus on all of the other children who are away from home for other reasons.

It’s also important to know that there is not an increase in the number of missing children cases or other crimes against both children and adults. Finkelhor points to FBI statistics “showing fewer missing persons of all ages — down 31 percent between 1997 and 2011.” He also wrote that “The numbers of homicides, sexual assaults and almost all other crimes against children have been dropping, too.”

And, as several studies have shown, the Internet does not increase a child’s risk of being abducted. If anything, argues Finkelhor, “it may have contributed to the decline in missing children,” because it has changed the way children take risks.  Socializing and experimenting online, said Finkelhor, is likely safer than “going to the unchaperoned open house or the keg party at the quarry.”

Most strangers are not “dangerous” but some acquaintances are

I’m very glad Finkelhor reminded people not to fall for the myth about “stranger danger.” While it is of course possible for a stranger to harm a child, the vast majority of children who are abducted, sexually molested or otherwise harmed by an adult are victimized by someone they know — often a family member or someone close to the family and sometimes by a trusted adult like a coach, clergy member or teacher. And strangers can be your friend. If a child is in trouble the best option is often to seek help from a stranger, perhaps a police officer but perhaps someone from the community.  Rather than fear strangers, Finkelhor says “We’d do much better to teach them the signs of people (strangers or not) who are behaving badly.”

For more about missing children check out this Key Facts page from the National Center for Missing & Exploited Children (NCMEC), including:

If you have any information about a missing child call NCMEC at 800 THE LOST or visit the Cyber Tipline. You can also follow NCMEC on Twitter and visit NCMEC’s Facebook page.

Disclosure: I’m a member of the board of directors of the National Center for Missing & Exploited Children but do not speak on behalf of the organization