Since it was founded 30 years ago, the National Center for Missing and Exploited Children (NCMEC) has helped reunite thousands of missing kids with their families.

I have had the privilege of serving on NCMEC’s board for nearly two decades and, since that time, we have seen a dramatic increase in the recovery rate thanks to NCMEC’s dedicated staff along with alert members of the public who report sightings of missing kids. From 1984 through December 2012, NCMEC has assisted law enforcement with more than 195,300 missing-child cases resulting in the recovery of more than 183,100 children, according to the organization. The  recovery rate for missing children has grown from 62% in 1990 to 97% today.

I became involved with NCMEC in 1993 during the search for Polly Klass, a 12-year-old girl who was abducted from her Northern California home, about 80 miles north of where I live. During the search I helped post Polly’s picture online. When Time magazine wrote about the effort, I was overwhelmed by requests from parents of other missing kids, which led me to contact NCMEC’s then CEO Ernie Allen who quickly realized the potential for using online tools to help find children. Even though we couldn’t save Polly, online tools such as MissingKids.com are now used routinely to help in the recovery of missing children.

NCMEC is a non-profit organization, not a government agency, though it was authorized by Congress to serve as the national clearinghouse for information about missing and exploited children. Congress has also designated NCMEC to run the national, toll-free, 24-hour missing children’s hotline; and operate the CyberTipline for online reporting of the sexual victimization of children and inappropriate sexual content.

NCMEC is a unique public-private partnership which receives funding from both the Federal government and numerous private donors ranging from large companies individual donors from all walks of life — including young children who conduct fund-raisers or donate their pennies to help other kids.

As you can see from the key facts below, only a tiny percentage of missing children cases involve “stereotypical’ abductions but even children who are abducted by members of their own family can be in extreme danger and deserve to be protected and returned to their lawful parent or guardian.

And it’s not just missing children. NCMEC helps prevent and prosecute cases of child exploitation, including sexual exploitation of children as young as infants. The organization also works to rescue underage victims of prostitution, helping them recover from the trauma of what is often forced or coerced and extremely traumatic exploitation by adults who profit through human trafficking. 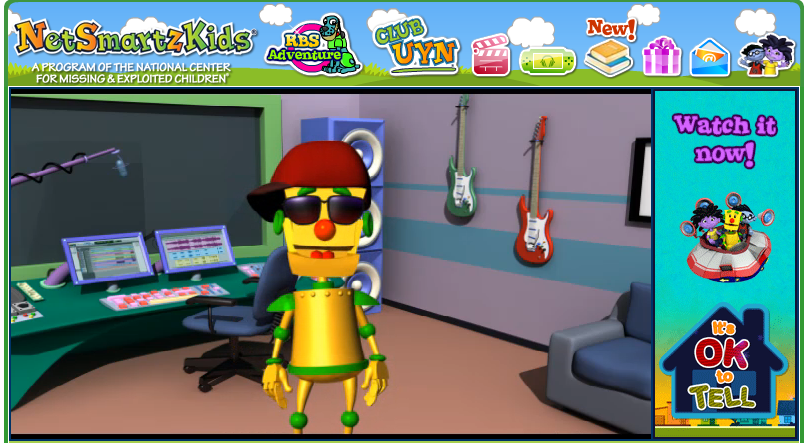 NCMEC also operates the NetSmartz Workshop, which provides high-production value materials to help educate young people about how to stay safe on and offline.

The most recent, comprehensive national study for the number of missing children estimated in 1999: [1]