In the mean time, the UK’s four major ISPs — BT, Sky, TalkTalk and Virgin — have invested millions in an educational campaign centered around a new website called Internet Matters.

The opt-in filtering policy requires broadband customers to make a choice as to whether they want filtering for all devices connected to the home router. The actual details depend on the ISP—each has its own implementation. But if a customer opts-in, it will affect all devices, which means that if you set your filters for content suitable for young children, everyone in the household, including older teens and adults, will have the same filter, unless it is turned off by the adult in charge.

Writing in the Guardian, Laurie Penny, who describes herself as a journalist and feminist activist, argues that “In the name of protecting children from a rotten tide of raunchy videos, a terrifying precedent is being set for state control of the digital commons.”

But even though the Prime Minister was pushing for these controls, it’s not in fact state control and unlike the filters that are in place in countries like Turkey, Bahrain, Saudi Arabia as well as “the great fire-wall of China,” UK filters are not mandatory. ISP customers have a choice as to whether to use the filters and three of the UK’s leading Internet safety advocates – all of whom I work with closely and know to be sensitive to issues of free speech – feel that it’s not censorship, but a way to give parents more control over the content that comes into their home. 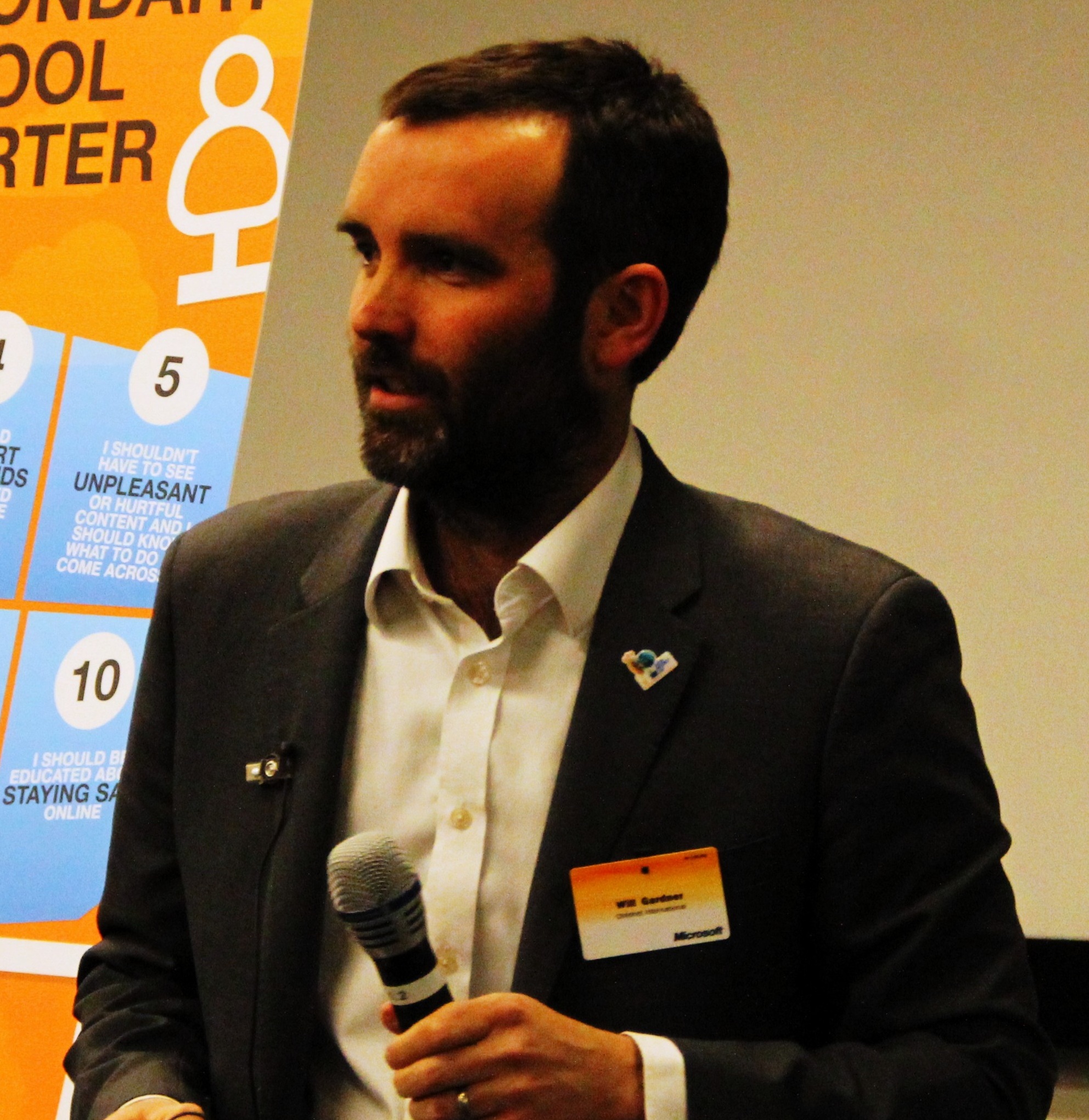 “I don’t think it’s censorship,” said Will Gardner, head of Childnet International, a London-based non-profit that delivers technology educational programs throughout the UK. “It’s a really good approach because they’re giving people a choice,” he added. “Nobody is saying that every house needs a filter, but people need to think about what is going to work best for their situation.”

John Carr, an Internet safety advisor to the UK government, calls charges of censorship “a ridiculous idea.” He points out that “Everything that is accessible on the Internet today remains accessible tomorrow. Nobody is deleting, removing or altering anything. People are simply being asked to say whether or not they want to use the filters they are being offered by their ISP. They can say ‘yes’ or ‘no.’ Not a big deal.”

David Miles, the director for Europe, Middle East & Africa for the Family Online Safety Institute (FOSI), is cautiously optimistic that the implementation of the new whole-home filtering solutions will give parents the choice and the tools they need to control the content that is coming into their homes. “The filtering is predominantly applied to content that is inappropriate to minors, so concerns of censorship are somewhat of an overreaction in my view,” he said.

Of course there is nothing new about filtering. Parents in the U.S., UK and other countries have long had the ability to install filters on home PCs using software that they could purchase or download for free from companies including Microsoft, Symantec and many Internet service providers.

But a big difference with the UK approach is that it affects the entire home Internet connection, which means the setting will affect all wired and wireless devices connected to the home router including PCs, game consoles, tablets and even WiFi connects phones. Mobile devices connected to the cellular network are not affected but UK cellular companies already content by default with the option to opt-out.

The obvious problem with the UK approach is that it’s one-size-fits-all so a household of adults, teens and young children would have a single setting – likely to protect the youngest children – that will affect all users.

“It would be much better if every family member had their own individual log in with an associated age-appropriate profile,” said Carr, who told me that he repeatedly said that to the ISPs but they were “not prepared to go down that route.”

But, said Carr, allowing parents to configure multiple profiles “would have made implementation much more complex and costly.” He called the ISP’s strategy an experiment, “No one has a textbook full of tried-and-tested answers. This is innovation, something the hi-tech industries are meant to be good at.”

Miles agrees. “I think the new whole-home filtering should be seen as a start point. I would suggest that parents do an audit of the number of Internet-enabled devices they have in the home.” He suggests that parents of kids of varying ages consider installing device-side filters instead of using the whole-house approach.

As Gardner pointed out, there are a “number of obstacles to traditional device filtering” including “cost, ease of use and knowing they exist.” The other problem is that there are now multiple devices in many homes including PCs, tablets, game consoles and even Wi-Fi-connected media players like the iPod Touch. Without a router-based solution, parents would have to install and configure filters on each device.

The American experience certainly validates Gardner’s observation. Parental uptake of device-side filters has always been pretty low but one notable exception was when the then-mighty AOL automatically enrolled children in a filtered “Kids only” experience based on the child’s age. Parents could opt out of filtering, but most didn’t.

Kids trying to get around parent-enforced content filtering won’t be able to do so from most public Wi-Fi hotspots now that also block sexually explicit and other inappropriate content. In addition to blocking kids’ access, these filters prevent people nearby from having to look at potentially offensive content.

Even in the U.S. there are many public Wi-Fi services that block pornography and other adult-only sites. I discovered that at a café near my home in Silicon Valley last July when I was shopping for block ice for my Fourth of July party. The only store that carries it in my area is a wine shop but when I went to their site to find their location and hours, I was blocked because the site promotes the use of alcohol. Ironically, there are plenty of nearby billboards that also promote alcohol and no filters to prevent kids from viewing them. The café’s filters also prevented me from gong to a site about “wearable technology. “

How the UK got here

Over the last few years the UK has seen some highly publicized cases of child endangerment, which, ironically, had essentially nothing to do with kids’ access to porn. Yet, the October, 2012 murder of 5-year-old April Jones, whose killer had accessed child abuse images just hours before her death, touched off a public outcry for all sorts of measures to protect kids online. Another tipping point, according to Miles, was the revelation, after the death of BBC television personality Jimmy Savile, that he had sexually abused hundreds of children over a period of decades. “The Internet had nothing to do with Savile’s crimes,” said Miles, “but caused people throughout the UK to think about sexual crimes against children and the need to do everything possible to prevent further abuse.”

Prime Minister Cameron, who is a father of three children, became directly involved in pushing for a number of child protections including not just filters but also a commitment from Google and other search engines to block access to search terms likely to lead to child pornography.

Despite its similarities to the United States, the UK remains a unique situation. For one thing, said Miles, the country’s media often takes a strong advocacy position and the press has focused heavily of late on Internet crimes against children.  On the positive side, there is also widespread cooperation and conversation among stakeholders. The UK Council for Child Internet Safety (UKCCIS), which was established in 2008, brings government, non-profits and industry together and, said Miles, “has enabled these initiatives to flourish.” Carr, Gardner and Miles are all on the UKCCIS board

I do think it’s a good idea for parents to have a choice about whether to use Internet filters and agree that parental control is not the same as government censorship. However, I also think it’s important for parents to think about why they are turning on a filter and — if they do, understand that it’s not a be-all solution. It’s also important to discuss critical thinking, reputation management, treatment of others and media literacy with your kids. If you use filters, think about how and when to loosen the reigns because, eventually, they’ll grow up to be adults, leave home and it will be up to them to protect themselves.  As I aruged in an earlier post, digital citizenship and media literacy beat tracking laws and monitoring

I also agree with my UK Internet safety colleagues concern about the ISP’s two sizes (On and Off) approach. The needs of a 5-year old are a lot different from a 17-year old which makes a household-wide filtering system a bit inconvenient.

In addition to requiring parents to opt into or out of filters, leading British ISPs have banded together to fund a nationwide education campaign called Internet Matters. Its website has information on age-appropriate strategies and technologies but the ISPs are also committed to providing education and advocacy through other media, including advertisements. The reported budget for this program is £75 million ($127 million) but, said Carr, most of this is based on estimates of ad spending that the companies may be doing anyway. He said there are approximately £6 million ($10.2 million) of new money dedicated to the non-profit organization set up to run the program, which is still a massive investment compared to any Internet safety campaigns I’m aware of.