by Larry Magid
This post first appeared on CNET News.com 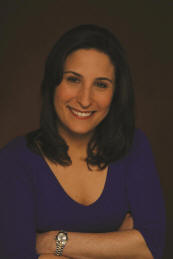 Rosalind Wiseman is known for writing “Queen Bees and Wannabes,” a book about teenage girls that was the basis for the movie “Mean Girls.” But now she’s focused on boys. Her new book, “Masterminds and Wingmen,” is something of a user manual for parents of boys, with insight into how they think, how they interact with each other, and how technology — including social networking and gaming — helps shape their lives for better and worse.

Wiseman’s new book is about boys and parenting, not technology. But it wouldn’t be possible to write a parenting book in 2013 without focusing on the tech that kids use. On social networking, Wiseman cited the work of researcher danah boyd by pointing out that people do care about their privacy and want the ability to control who can see what they post, but they want “to participate in a public place that’s meaningful to them and their peers.” Wiseman asks us to “imagine living in a city where there are a lot of parks, and you know that one of the parks is the place where all your friends hang out. You want to be able to go there and be a part of that community, and you would want to have the ability to present yourself and participate in that community as you like.” Our kids’ social networks are those parks.

Wiseman also wrote a free ebook for boys called The Guide: Managing Douchebags, Recruiting Wingmen. and Attracting Who You Want. 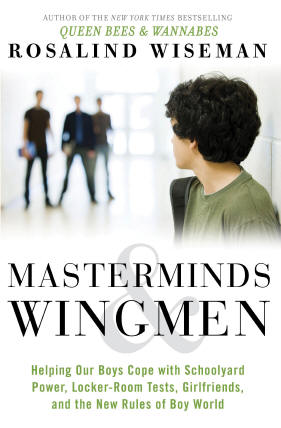 In our interview (scroll down to listen), Wiseman said that “social norming that is going on with boys doesn’t start with Facebook, Instagram, and Snapchat. (Click here for parent guides to these services.) “It starts when they start doing things like Xbox Live. As soon as they start to interact with people socially while they play the game they are literally learning the social rules on how to conduct themselves.” When I argued that some researchers say that violence and language in games has little or no impact on kids’ behavior in the real world, she responded, “Many parents don’t want their children to be constantly around other people who are using racial epithets, homophobic epithets, and really disrespectful words against women.”

“Masterminds and Wingmen” is about all aspects of the “boy world,” including how they interact with their parents and peers. It’s about technology, bullying, and cyberbullying, and it’s about the pecking order that boys are part of.

Regardless of whether you read the book, click below and listen to our 15-minute interview for some insightful comments by Wiseman.